Hey everybody welcome back to The Leadership Show That Has No Name! I’m Dr. David Arrington, and I am looking forward to answering your questions on the show.

A few weeks back we put out a request for questions, and we put a bounty on it then. And we got so many good questions that we had to answer more than one! So we gave out $25 gift card last time and we’re giving another one out this time because we got so many questions, we couldn’t just pick one.

Today’s question is from Decie, and if you want to get your question answered right here on The Leadership Show That Has No Name simply tweet at me @DMackArrington with the hashtag #AskDrDave and we’ll take your questions and read them over, and if yours is selected will answer it right here.

So Decie asked a very simple question that does not have a simple answer, and I guarantee there’s going to be some response to this one. She asked: Is leadership for everyone?

This is a great question! It almost reminded me of the Disney movie Ratatouille when the deceased chef Gusteau proclaims “Everyone can cook!” So the question is Can everyone be a Leader? and I’m going to answer in two different ways.

Those things can be learned like cooking, playing the piano, riding a motorcycle because leadership just another learnable skill, so from that perspective yes, everyone can be a leader .

If we shift the question just slightly and ask “can everyone be a great leader or even a good leader?” that’s where things get a little bit more gray. On one side, leadership is a learnable skill, on the other side of the equation is you, your temperament, your understanding of what leadership is, and your people skills.

Is yours the kind of temperament that’s going to lend itself to being a good leader? You may not even be able to answer that question. If you have worked for an awful boss, you intuitively know that everyone can’t be a leader.

If you have worked for an awful boss, you intuitively know that everyone can’t be a leader.

I’ve done a number of 360-degree assessments in different organizations with up and coming leaders, and there has been more than one occasion where the feedback from demonstrated that the leader was going to have an uphill battle to become a good leader much less a great leader.

And that’s okay, everybody doesn’t have the temperment to be a great leader. When the 360-degree assessments uncover these issues, it isn’t always a deal-breaker, but if that person wants to be a leader it would require a lot more work, coaching, and training because they just aren’t hardwired to be a transformational leader.

Put simply, their temperament will continually work against everything they’re trying to do as a leader.

Telltale signs that you might struggle in a leadership role:

It’s not something we would want to tell our kids or even believe, but I’ve got to say it, it’s okay to be a follower. If everyone is leading, who are we leading?

It’s okay to be a follower. If everyone is leading, who are we leading?

There is a great role for strong followers, everyone can’t be a great leader simply because temperaments vary. If you don’t have a temperament that can allow you to be disliked and to move forward, lean into conflict, let go of the past, and hold people accountable leadership will be a very difficult assignment. Leadership will be more draining and take more energy to perform.

If you don’t have a temperament that can allow you to lean into conflict, let go of the past, and hold people accountable leadership will be a very difficult assignment.

Leadership can zap the joy out of whatever you’re doing and you will start looking for another job. You might even think that it’s the boss, the team, or whoever when fundamentally it was the responsibility of being a leader that was draining.

So Decie, great question, thank you so much. So if you’re thinking about asking a question for me to answer on  The Leadership Show That Has No Name do this; tweet at me @DMackArrington and use the hashtag #askDrDave and if we pick your question will answer it right here on the show.

What do you think? Can anyone be a leader are some people better suited to lead than others. Drop your comments below and we can keep the conversation going.

Until next time make today count. 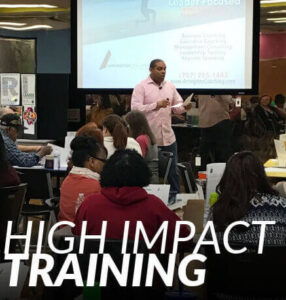 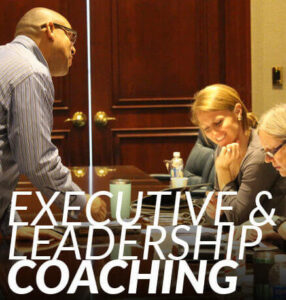 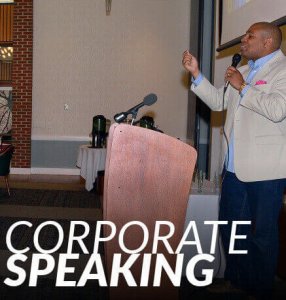